Are there “We Buy Houses” companies that actually go out and just buy Houses that are Run Down and UGLY on purpose?

I remember the first time I had heard the phrase and chuckled. I mean, I had thought I had seen a lot of ugly houses, but it wasn’t until I actually started investing in real estate that I got my first look at an Ugly House. From that moment I began to understand moniker and why it fits. 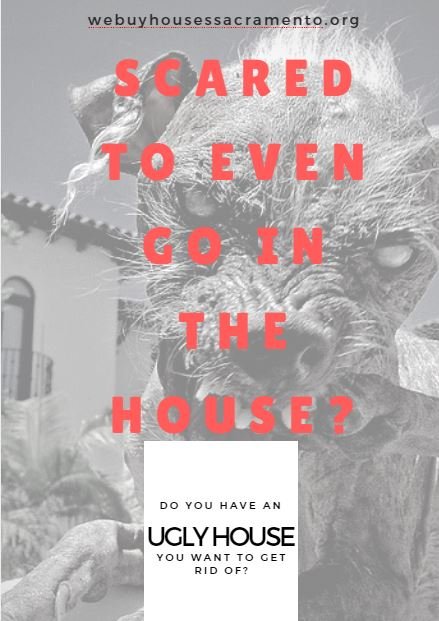 I have often wondered in what way I could better describe a house that has been lived in long and hard. Houses that have never had the walls repainted or repaired. Houses with original carpets and flooring, or, excuse me, what’s left of them. I mean houses that have had countless animals living, eating and urinating without anyone picking up the mess. Houses with 42 tons of garbage covering what once was a nice living space. Mold problems, termite problems, roofing issue, fire damage and water damage. You name it they have got it.

Generally speaking, though, ugly houses are rarely sold by the parties that made them that way. They are generally left to others through inheritance or some other means, even foreclosure, and the new owners are never quite ready for the reality of becoming the proud owner of that UGLY house.

[Related Post: 4 Key Advantages Of Selling To An Investor Over A Traditional Buyer In Sacramento]

If you have never seen an ugly house like I’ve mentioned, then the terminology may seem harsh or offensive and while I understand the sentiment, it is misplaced unless of course there is some sentimental or other emotional attachment.

In fact, what most new owners of the ugly house feel is actually resentment; resentment, that they have been saddled with what should have been an asset, but is clearly a liability.

Ironically, and as I said earlier, it isn’t the original homeowner that usually destroyed the house, it is usually a tenant or numbers of them over the years. Sometimes it’s family members that were entrusted to the house because mom would have wanted Johnny to live there until he got back on his feet. But since Johnny had nothing invested in the house, and didn’t pay any rent or the property taxes, or the insurance, Johnny let the maintenance go too.

The new owners realize that the cost associated with owning a vacant and uninhabitable house can mount quickly. Property taxes, insurance, and maintenance need to be accounted for. Cities and counties where these houses stand don’t want a continuous eye sore or the phone calls from complaining neighbors. These properties generally have numerous fines and penalties levied against them and have been “red tagged” for clean up. The ongoing financial burden and emotional drain are the main motivation that owners finally succumb to the burden and come out of the closet so to speak to call in an investor that specializes in buying ugly houses.

So where does someone go that has an ugly house go to sell it? A Realtor®? I think NOT.
This type of house needs a specialist. It isn’t the type of house that makes its way into the Realtor MLS because the amount of work that it needs make it impossible to sell to the general public. Most Realtors® will stay far away from these homes.

First, no lender would ever approve a loan on a house until the repairs are made and second, lenders don’t approve loans on fixer uppers.

[Read more: How and Why to Sell Your Sacramento House to an Investor] 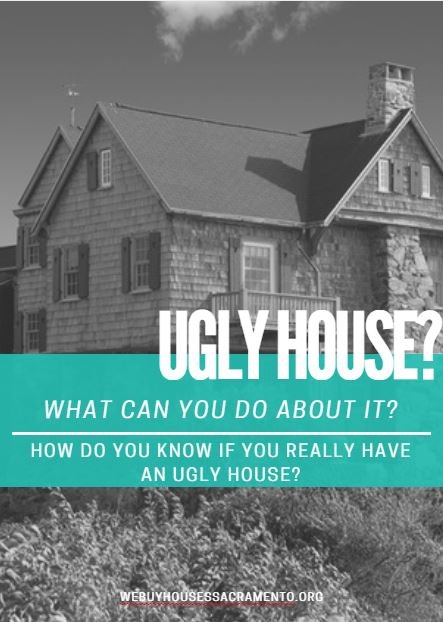 Ugly houses are like fixer-uppers on steroids. They are generally on their last leg and they need life support before they can be sold in any conventional way.

The reality is that most people that have an run down or ugly house to sell are completely embarrassed. They don’t want to call a Realtor® and they don’t want to call someone like me. They are under the impression that they are the only one in the world that has an ugly house. For the record, they are not alone and there is no reason to be embarrassed. It is what it is.

First appointments for ugly houses are interesting too because 7 out of 10 times the owner does not want to go inside. They hand me the keys and ask do you mind if I don’t go in with you? It’s ok I reassure them that I am perfectly fine going in alone.

So how can I walk into a disaster and see possibility when all others see despair? It’s the business I am in and I have turned so many lemons into lemonade that it doesn’t scare me anymore. I don’t look at the mess, I look at the structure. I look at the walls and the floors and I assess what needs to be done. I don’t carry flash cards to rate it on a scale of 1 to 10, I carry a camera or flip cam and record what is of interest to me.

To me, it boils down to the cost to repair. Once I know that then I know what I can offer. I am going to arrive at a dollar amount and take into consideration the “after repair” value. Simply put, I am going to make an offer on the house based on the current condition of the house, its cost to repair, and what I would reasonably expect as a profit margin to take on such a project.

So now I call them ugly or unwanted houses.

If you have an unwanted house in Stockton, Sacramento or surrounding cities and towns, you may be pleasantly surprised that your ugly, poorly maintained, and generally unlivable and unsellable house can be sold for quick cash to the right investor – The investor who will tell you “I buy houses in any condition”.

What you want is the investor that will invest into renovating the house, and figure out how much the sale price would need to be so that he can, in turn, sell the home to buyers who can also spot a good deal when they see it. The advantage for such buyers is that the investor may offer a more affordable price for them, considering that investors don’t always hold on to properties that they purchase.

What’s in it for you, the Seller? You can cash out of an Unwanted House that right now is a virtual Money Pit.

Now ask yourself… “Are you the prisoner of an unwanted or ugly house”? “Will you ever fix it up”? It may just be the right time for you to pick up the phone and call that Investor that says “ I Buy Houses in Any Condition” I would like to hear from you.

[More: Cash for houses in Sacramento – how to sell your CA house for fast cash]

We Buy Houses Sacramento, The Man Behind the Sign

My name is Peter Westbrook and I am a local real estate investor and the owner of We Buy Houses Sacramento and Westbrook Real Estate Investments. I am NOT a Real Estate Agent or Broker and for good reason. I purchase real estate and I am NOT going to ask you to pay a commission or a fee.…I pay CASH and because I do, I can close on the day that I tell you.

For those of you that already know me or have already called me you can attest that I answer my own phone and I return all phone calls. When you call me at 209-481-7780 you are calling me on the same number that my mother and my closest friends call me at.

Get Your Fair Cash Offer: Start Below!

We buy houses in ANY CONDITION! We pay CASH No Inspections, No Contingencies. Put your address and email below and answer 5 easy questions on the next page to get a cash offer!

The City was getting ready to tear down my old house. I was no longer able to maintain the Sacramento House and after years of trying to keep up with code violations, needed repairs and vandalism, I finally called Peter

Westbrook. He came right out and told me what he could do. He contacted the city and county and even cleaned up the property before he bought it. He paid the back taxes for me and gave me an advance on the purchase of the house. Without his help I would have lost everything. I called real estate agents and other investors but no one wanted to help and no one offered to pay as much as Peter Westbrook. He completely remodeled the house and I smile every time I go by. Thank you Peter.

We inherited our parents house with one of our brothers living there . The property taxes had not been paid and it was in Tax default. We called Peter Westbrook and he found that the title was still in our parents name, so the Stockton House never went through probate. Peter also found that there was an old auto loan that had a lien on the

title and an old  bankruptcy ruling to take care of that lien had never been filed with the courts. Peter handled everything including paying the back taxes, paying for the hiring a Probate Attorney and filing the probate and paying for and hiring a Bankruptcy Attorney to finalize the removal of the lien. He was patient, understanding and he took care of everything including evicting the tenants that were living in the house. We talked to real estate agents and other I buy house people. None of them had the answers for our situation. Without peter we would have lost everything. We got paid cash.

We inherited my parents house with a mortgage. We decided to rent it out. The tenants destroyed the house.  I didn’t know what to do, I didn’t have the money to fix it and the city had already issued code violations.. I called an “I Buy Houses Stockton Sign” on a telephone pole and Peter Westbrook answered. In 4 days he paid the bank and bought my house. We would have lost everything if it weren’t for Peter Westbrook.

I inherited my mothers house with a mortgage. When my husband and I lost our jobs, we got behind in payments. Then the Bank posted a default with a auction date we didn’t know what to do.

We didn’t have the $15,000.00 and we only had two weeks to do something. We called Peter Westbrook and form the beginning he was confident he could stop the bank. Within 4 days he bought the house with cash, paid off the bank and stopped the Foreclosure. Without Peter we would have lost everything.

I saw a sign on a telephone pole and against my better judgement I called. The last thing I expected was a person answering the phone. I was surprised, Peter Westbrook answered the phone. I had a lot of questions and Peter had the right answers. My mother needed to get as much as possible out of the house and we had talked to several real estate agents and they all wanted to sell it cheap and wanted a 6% commission. They all told us unless we put thousands of dollars into it could not be sold for what we wanted. Not Peter. He made a fair cash offer and since then we have sold him another house. Peter and the title company handled everything. I couldn’t be happier and I would recommend Peter Westbrook to anyone.